While at Volcom I built dozens of microsites for Snow, Surf, Skate, Swim and Footwear segments as well as a rebuild of the severely outdated main site and international main sites... and I even built an iOS app.

A large focus of my job while there was building (and re-building) sites for Volcom's high-traffic surf event broadcasts in Hawaii and Fiji and working on site during these events. I also built a couple html5 canvas games that were aired during the broadcast to award prizes to viewers who'd signed up through facebook.

Volcom had outsourced an iOS app for these live events when I first came aboard which had a lot of bugs and was getting bad reviews... so, having no native app experience, I rebuilt a new version of it from scratch that fixed all the problems. This "Volcomobile" app was used for next 5 years before finally just being retired (Volcom's cut budgets for these large surf events and remaining ones are consolidated using WSL and Redbull resources).

I also contributed code to the current Magento build of the site before I left Volcom. 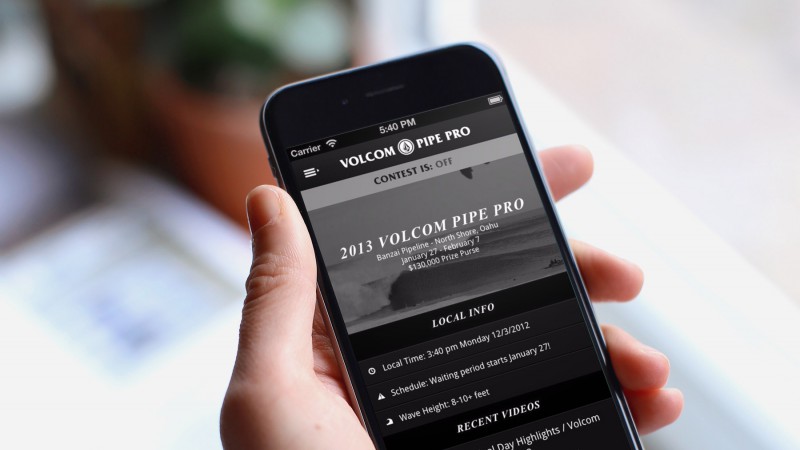 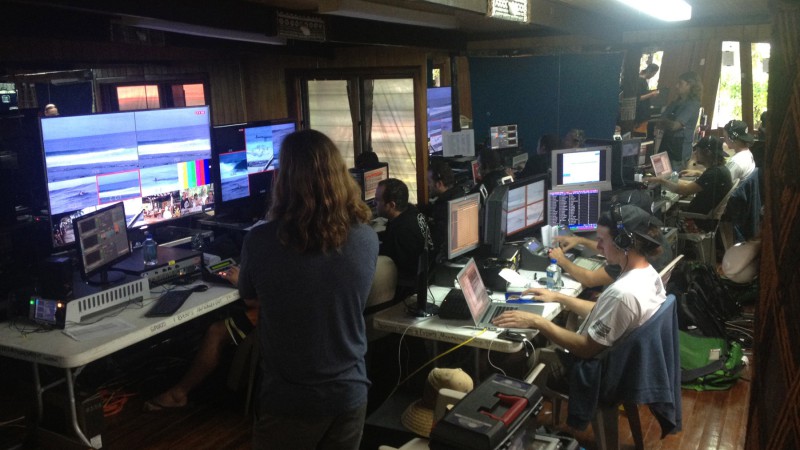 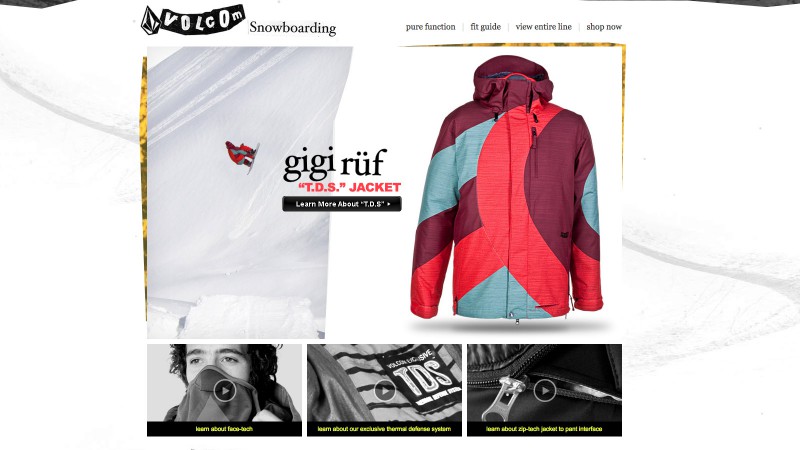 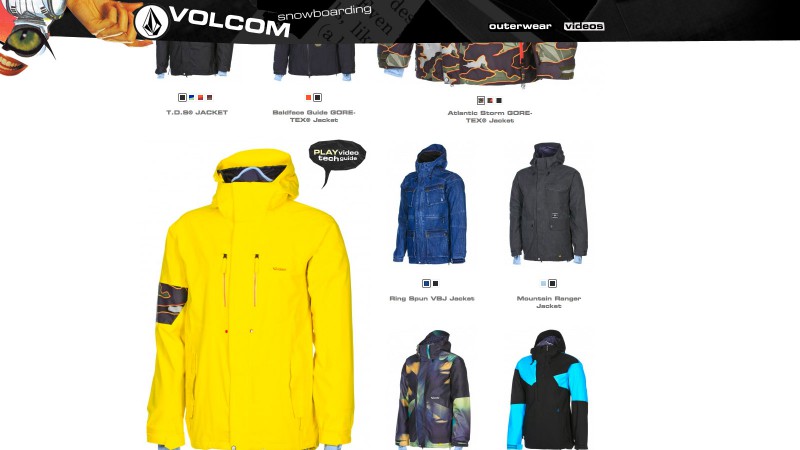 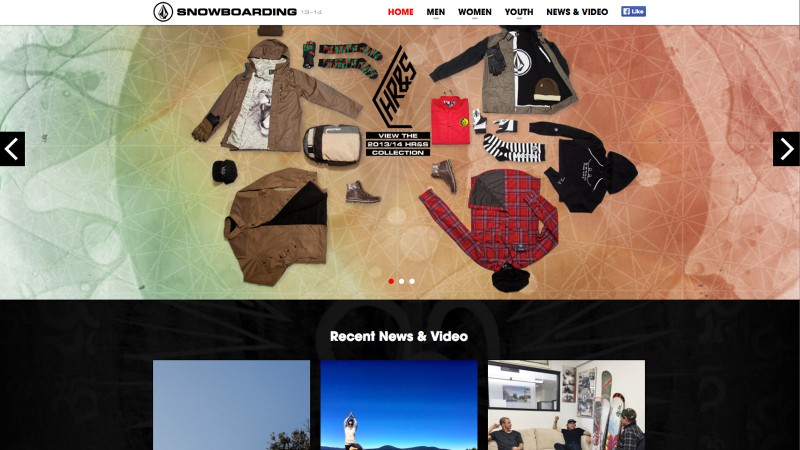 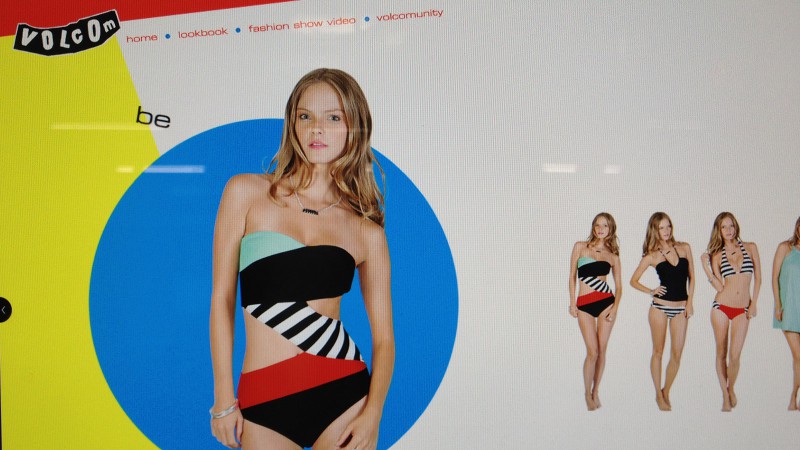 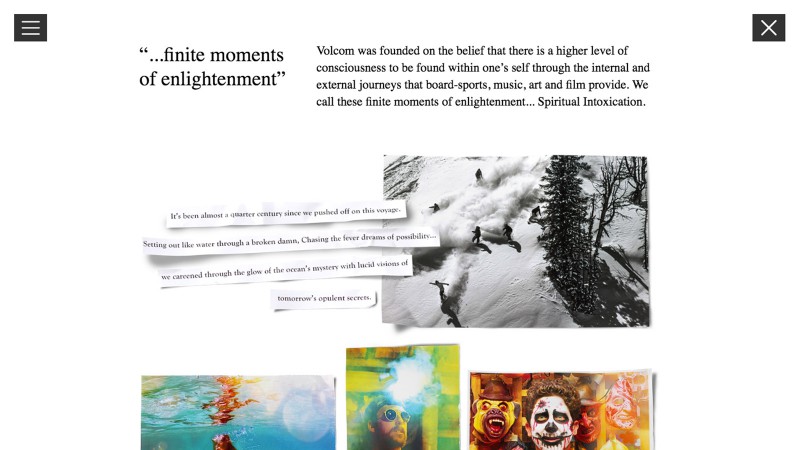 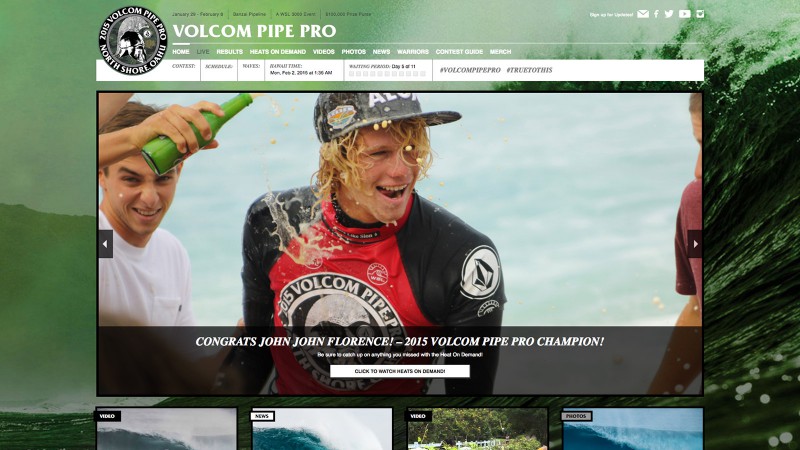 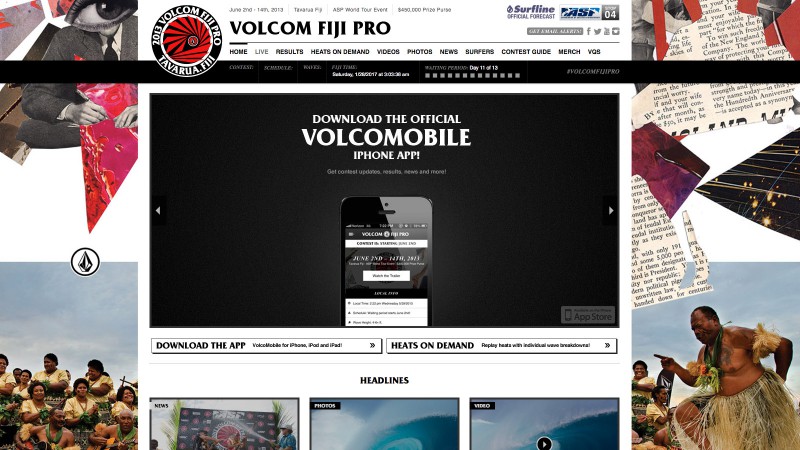 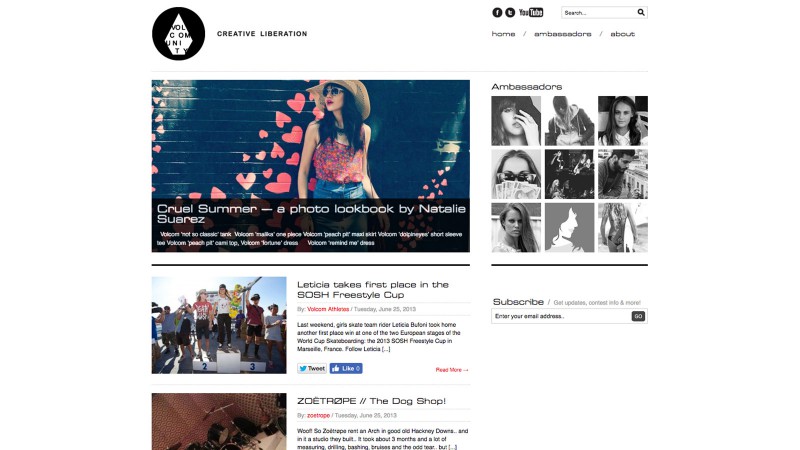